To share your memory on the wall of Ernest Zaccanelli, sign in using one of the following options:

Provide comfort for the family of Ernest Zaccanelli with a meaningful gesture of sympathy.

Receive notifications about information and event scheduling for Ernest

We encourage you to share your most beloved memories of Ernest here, so that the family and other loved ones can always see it. You can upload cherished photographs, or share your favorite stories, and can even comment on those shared by others.

Posted May 01, 2020 at 04:22am
I worked for Sheriff Aluisi and Colonel Zac at Headquarters as a PSA. I used to deliver paperwork to Zac when he was home recovering from back surgery. I have fond memories of the talks we had and advice he gave me during those visits. He used to tell me he was going crazy staying home and just wanted to get back to work. A short time later I was hired as a Deputy Sheriff and had the pleasure of working under Zac and the Sheriff.

Most recently I was able to visit with Zac at one of our Retiree Luncheons, at the DSA FOP, and had another nice conversation with him. So glad I had the opportunity to see him again. RIP Colonel you will be missed.
Comment Share
Share via:
SG

Posted Apr 28, 2020 at 11:50pm
I remember going to Mawmaw and Pawpaw's house for dinner most sundays when I was little with mom, dad, and my brothers. Pawpaw would sit most evenings in his recliner with us all in the kitchen's sitting area watching shows like Andy Griffith or Bewitched. Simple, but good memories. Growing up he was always there for us when life would throw those curve balls at you that you weren't expecting. Though no one is perfect, Pawpaw came through especially when you needed him. I'm thankful he's no longer in pain, and can now find and have eternal peace. God Bless and God speed.
Comment Share
Share via:

Posted Apr 28, 2020 at 04:04pm
I worked for Col. Zacanelli for many years and he provided valuable insight and guidance as we stood up the Sheriff’s Office first full time Domestic Violence Unit. RIP Col. Zac you will be missed.
Comment Share
Share via:
BB

Posted Apr 27, 2020 at 07:18pm
My Dear Ernie,
You have been the greatest brother any sister could ask for; we have such fond memories of our youth. I will miss our Saturday morning chats. You were always kind and generous to me and my family. I hope you are reunited and at peace with Mamma, Pappa, Joe, your family and our aunts and cousins. I will miss you dearly, Elizabeth (Betty) Benenati.

Posted Apr 22, 2020 at 08:52am
As a Finance Dept. employee, I also worked with Zac. He will be missed. My condolences to his family. Judy Blakeslee Castillo
Comment Share
Share via: 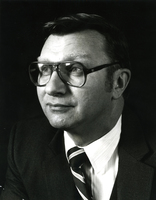