To share your memory on the wall of Edward Scanlon, sign in using one of the following options:

Provide comfort for the family of Edward Scanlon with a meaningful gesture of sympathy.

Ed, the man who never met a stranger and had a joke for every occasion, has found eternal peach in Heaven beside his wife, June.

Friends are invited to celebrate Edward's life at the Kalas Funeral Home & Crematory, 2973 Solomons Island Rd. Edgewater, MD on Sunday, December 15 from 2 to 5 pm. Mass of Christian Burial will be offered at St. John Neumann Catholic Church, 620 Bestgate Rd., Annapolis, MD on Monday, December 16 at 10:30 am. Interment Ft. Lincoln Cemetery in Brentwood, MD at 2 pm. Condolences may be made by using the Memory Wall link on this page.
Read Less

The Remson's, Buddy, Ilona & Leah, Rob and Sharon Nicholson, and others have sent flowers to the family of Edward B. "Puddy" Scanlon.
Show you care by sending flowers

Posted Dec 15, 2019 at 08:49am
I am so sorry to hear of Ed’s death. My best memories are if Ed and June as members of Our Lady Star of the Sea Catholic Church in Solomon Maryland where they were active parishioners for many years. I also remember when Ed was inducted in the Archbishop Carroll High School’s Athletic Hall if Fame and how proud he was that day and how proud we were at the school to be able to acknowledge his athletic ability as a young man. Ed and June are now reunited in eternal happiness. Praise God!
Comment Share
Share via:
KC

Posted Dec 14, 2019 at 04:19pm
Puddy was a cherished cousin. I always loved being with him, listening to his stories, laughing at his jokes, and just enjoying the warmth of his personality. He and June were truly a love story, and they had two beautiful children, Mike and Beth. Condolences to you, Mike and Beth and your families. And condolences to my dear cousins - John, Suzie, Reezie and Lissa.
May the angels lead Puddy into Paradise and the saints receive him.
Much love,
Cassie Scanlon Calder
Comment Share
Share via:
TG

Posted Dec 14, 2019 at 10:43am
May you be comforted by the outpouring of love surrounding you. Puddy was the greatest! 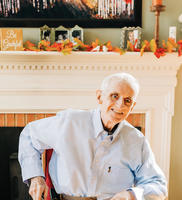 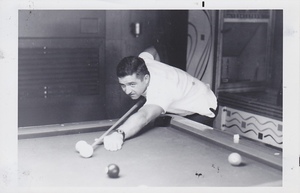