To share your memory on the wall of Edward O'Brien, sign in using one of the following options:

Provide comfort for the family of Edward O'Brien with a meaningful gesture of sympathy.

In March of this year, Gov. Larry Hogan bestowed the highest honor to Captain O’Brien by naming him “Admiral of the Chesapeake Bay” for committing “his time and talents to improving the management of our natural resources and preserving our state’s fishing heritage and the charter boat industry for over 40 years.”

It was a recognition characteristic of Ed’s lifelong service to his country, his family, and community. After graduating from Loyola High School in Baltimore, Ed began his young life in the Marines in 1954 and was discharged as Sergeant in 1957 with honor. He advanced our country’s security while working at McDonnell Aircraft as part of the Project Mercury Team. While with Martin Marietta, then Universal Match Corporation and as an officer of LaBarge Company, he continued to work with U.S. government agencies and Congress to enhance national security efforts. He also served as a Director of Control Video Corporation, the precursor to AOL.

In 1973 he started his charter fishing business with Semper Fidelis I on the Magothy River, Semper Fidelis II out of Solomon’s Island, and Semper Fidelis II and III from Chesapeake Beach with his son Captain John O’Brien, until 2017. This is where he found pleasure, peace, and some of life’s deepest meaning while watching sunshine glisten off the backs of striped bass breaking water in the early morning light on the Chesapeake.

In efforts to improve the health of the Bay and to preserve its fishing heritage, Ed hosted Governors, Congresspersons, members of the Maryland General Assembly, and President George W. Bush on the Semper Fidelis. He worked closely with the Coast Guard and received its highest civilian honor, the Meritorious Public Services Award. Since 1995, Ed served as Vice President of the National Charter Boat Association.

A devoted and loyal father, son, and brother, Ed is survived by his beloved partner of 25 years, Diane Martin; sons, Edward James O’Brien of Annapolis and Christopher Edward (Christie) O’Brien of Columbia, MD, daughters, Julie O’Brien (Steve) Scheide of Arnold, and Meg O’Brien (Brian) Barrett of Columbia, MD; brothers Joseph Patrick O’Brien of Wichita, KS and Michael James O’Brien of St. Louis, MO; and daughter-in-law, Suzanne Reese O'Brien. Ed was the anchor of an extended family; he loved and is beloved by nine grandchildren and ten great-grandchildren, four nieces and nephews, and numerous cousins and in-laws.

Friends and family are invited to celebrate Edward's life at the Kalas Funeral Home & Crematory, 2973 Solomons Island Rd., Edgewater, MD on Tuesday, June 4, from 6 to 9 pm. A Mass of Christian Burial will be held at St. Andrew by the Bay Catholic Church, 701 College Pkwy., Annapolis, MD on Wednesday, June 5 at 10 am. Interment will immediately follow at Lakemont Memorial Gardens. In lieu of flowers, contributions may be made to Hospice of the Chesapeake, 90 Ritchie Hwy., Pasadena, MD 21122. Online condolences may be made at KalasFuneralHomes.com

"O God, thy sea is so great and my boat is so small."
Read Less

Pilar and Wayne Fish and Robert Wood have sent flowers to the family of Edward A. O'Brien.
Show you care by sending flowers

Posted Jun 06, 2019 at 07:07pm
Sorry to hear of the passing of Ed and condolences to his family.
I met Ed thru the National Association of Charterboat Operators and served with him as an officer in that Association. a true gentleman and he helped me secure my coast guard license medical renewal when all other avenues were fruitless, a special place will always be in my heart for knowing him.
rest in peace my friend
Captain Gary Krein
Comment Share
Share via:
PF

Posted Jun 04, 2019 at 09:32pm
Please accept our most heartfelt sympathies for your loss... Our thoughts are with you and your family during this difficult time.

Posted Jun 04, 2019 at 04:09pm
I have known Ed since 1997 when I was first elected to the NACO Board and we became instant friends. He was Vice President and was reelected to that position every year since. He could have easily been elected President but he never wanted that position. Ed was a true gentleman, great negotiator, and champion of for hire charter boat owners and operators in MD and across the country. His work with the USCG for the benefit os all charter boat owners and operators and licensed Captain's was unparalleled will be difficult, if not impossible to match. We had many great conversations over the years in meetings, over drinks and dinner, and on the phone. Ed help guide me to become more involved in regulatory issues and I helped him with my fishery experience in working with the NMFS and Congress. We made a good team at NACO Ed is responsible for much of the NACO success over the years. He is the only charter boat owner and operator I have ever heard of to take a sitting President fishing which he did with President G.W. Bush in Oct of '07. Ed is known all over the country. The for hire charter industry will truly miss his activities and work to help everyone.
While people have many friends, "real" friends are few and far between. I can honestly say Ed was one of real true friends and I will deeply miss him. His family can be very proud of having him as their father, grand father, great grand father, and head of the family. His partner Diane can also be very proud to have had Ed in her life. He loved her and spoke of her often and cared for her very much.
Comment Share
Share via:
RM

Posted Jun 04, 2019 at 09:58am
I will really miss seeing Ed at the Atlantic States Marine Fisheries Commission meetings. I can't believe he is gone. We sat next to each other at these meetings for a number of years, and I felt like I got to know him well. He was always a gentleman and a strong advocate for the recreational fisherman, especially striped bass fishermen. The health and well-being of striped bass and their fisheries was his long-time passion. I even remember Ed from the early days of ASMFC striped bass management. At that time we were all concerned about drastic declines in this vital stock of fishes. Ed witnessed the near collapse of this fishery, followed by an amazing recovery that was to become one of the most memorable success stories in fisheries management. God bless you Ed, and my sincere condolences to the members of Ed's large family. May you take some comfort in celebrating a life well-lived as you consider his many accomplishments and the fact that he leaves behind so many friends.
Roy Miller
DE Governor's Appointee to the Atlantic States Marine Fisheries Commission
Comment Share
Share via:
JN 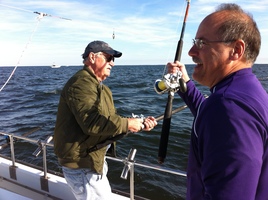 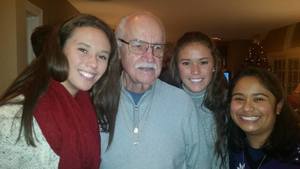 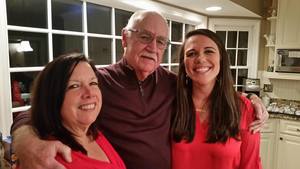