To share your memory on the wall of Drew Caldwell, sign in using one of the following options:

Your condolence has been submitted for approval. There may be a delay before posting.

Provide comfort for the family of Drew Caldwell with a meaningful gesture of sympathy.

Friends are invited to celebrate Drew’s life with his family from 5 until 8 p.m. on Monday, October 14 at the Kalas Funeral Home and Crematory, 2973 Solomons Island Road, Edgewater, MD. Mass of Christian Burial will be offered at 10:30 a.m. on Tuesday, October 15 at St. John Neumann Catholic Church, 620 N. Bestgate Road, Annapolis. Interment will be private.

Receive notifications about information and event scheduling for Drew

We encourage you to share your most beloved memories of Drew here, so that the family and other loved ones can always see it. You can upload cherished photographs, or share your favorite stories, and can even comment on those shared by others.

Chris Winemiller and Comcast Team, Love, Beth Bills and Karen Drolet, and others have sent flowers to the family of Drew Caldwell.
Show you care by sending flowers

Posted Apr 11, 2020 at 04:02pm
We pray the love of God enfolds you during your journey through grief. Drew's presence will be remembered and missed for sure.

Posted Oct 23, 2019 at 07:55am
Drew always brought a smile to my face as he entered my classroom at St. Marys Elementary. He was always so kind and caring to everyone around him. I was truly blessed to have him as a student. My prayers and thoughts are with Drew and his Family.
Martha Karandy
Comment Share
Share via:
KT

Posted Oct 15, 2019 at 06:21pm
Karen & Bob--I am so deeply sorry for your loss, and those words seem so inadequate. I pray for your comfort and hope that God will infuse your minds with the beautiful memories of your precious Drew. I know he was deeply loved, and I hope you find some comfort in knowing that his time of earth was blessed with you as his parents. God bless you and keep you in your time of need. My sympathies are with you all.
Comment Share
Share via:
SD

Posted Oct 15, 2019 at 11:04am
To the family of "Drew" ,please have my deepest and Sincere Condolences in this difficult time. Drew was a nice and humble person to work with at USCIS as we both worked on the same IT Contract. May his Soul R.I.P.P
Comment Share
Share via:
HS

Flowers were purchased for the family of Drew Caldwell. Send Flowers 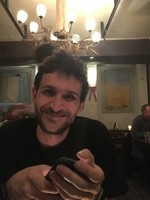 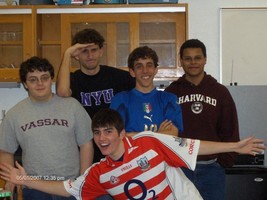 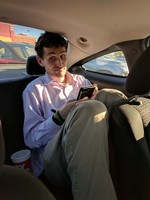