To share your memory on the wall of Dr. Karl Lamb, sign in using one of the following options:

Provide comfort for the family by sending flowers or planting a tree in memory of Dr. Karl Lamb

Provide comfort for the family by sending flowers or planting a tree in memory of Dr. Karl Lamb

Born in Worland, Wyoming to Lawrence Lamb and Floribel (Krueger) Lamb, Karl grew up in Pueblo, Colorado and went on to graduate from Yale in 1954. In 1958 he achieved his Doctorate in Philosophy from Oxford University where he was a Rhodes Scholar. Karl was in the ROTC at Yale and became a Captain in the Army Reserves.

Dr. Lamb began his academic career as an Assistant Professor at the University of Michigan from 1958-1963. From there he was invited to become one of the founding faculty members at the University of California, Santa Cruz. He enjoyed a successful and prolific career as a Professor of Political Science there. In 1985 he left UCSC to become the Academic Dean of the United States Naval Academy. After serving as Dean from 1985-1989, he remained at the Academy, returning to his initial love of teaching until he retired in 1999.
Upon retirement, while a Professor Emeritus at USNA, Karl embraced full time writing. Having previously authored seven non-fiction political science texts and two dozen political science articles, Karl pursued his lifelong dream of writing a novel based on his father’s life in 1920’s Colorado. Karl was a longtime member of the American Political Science Association.

Stunningly well read, Karl had a prodigious vocabulary which resulted in him being a champion Scrabble player. His vocabulary was only matched by his love of fine foods. Like his vocabulary, his generosity knew few bounds. He was a spirited sailor who delighted in being out on the water, providing his family and friends with many memorable experiences. A true conversationalist, Karl was as interested in listening as he was in talking. He will be sorely missed. His passing has left us with many fond memories but also sadness realizing we have no opportunities to create more with him.

A memorial service is tentatively planned for Fall 2020. Karl will be interred alongside his wife Sally at the U. S. Naval Academy.

In lieu of flowers, a scholarship fund has been established in Karl’s name at the University of California, Santa Cruz.

On line condolences may be offered using the Memory Wall tab at the top of this page.
Read Less

Receive notifications about information and event scheduling for Dr. Karl

We encourage you to share your most beloved memories of Dr. Karl here, so that the family and other loved ones can always see it. You can upload cherished photographs, or share your favorite stories, and can even comment on those shared by others.

Posted Jun 16, 2020 at 03:25pm
My deepest condolences to the Lamb family in the wake of Dr. Lamb's passing. Unfortunately, I never got to know Dr. Lamb, but I was close with his daughter Amy, and sons Steve and "Marty." From what I learned from them, and what I've read about him, Dr. Lamb was a titan of academia and a loving father (and husband). I was made aware of his passing by a letter to the editor I saw published in the Santa Cruz Sentinel. Interestingly, the letter writer lamented the decline of hearty debate at U.C. Santa Cruz in an age of political correctness and "uber"-progressivism, and longed for the days when spirited debate from both the left and right was celebrated on campus. He referenced Dr. Lamb as a more conservative voice who was open and considerate of contrary views. My heart goes out to you all, and may Dr. Lamb rest in peace.
Comment Share
Share via: 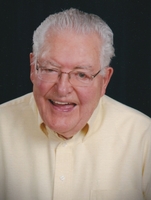 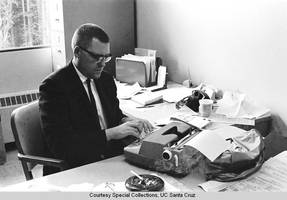 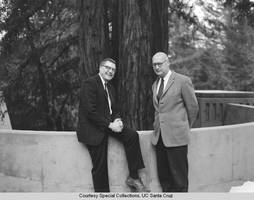