To share your memory on the wall of Dorothy Childs, sign in using one of the following options:

Receive notifications about information and event scheduling for Dorothy

We encourage you to share your most beloved memories of Dorothy here, so that the family and other loved ones can always see it. You can upload cherished photographs, or share your favorite stories, and can even comment on those shared by others.

Bobby Hendrix, Emerson & Joyce Disbrow, and other have sent flowers to the family of Dorothy May Childs.
Show you care by sending flowers

Posted Aug 31, 2020 at 07:08pm
Dorothy was a great friend to my sister Gina Atkins who passed 5 yrs ago. When I was around, being 15 years younger, instead of being a nuisance, she took me in and always made sure we had fun. She had a great infectious laugh that spread to all. I'm not suprised she enjoyed the children in her family. She will be missed but she left me with such wonderful memories. Love and prayers for her family. Bunny Bart
Comment Share
Share via:
BC

Posted Aug 31, 2020 at 03:49pm
WOW, where to start. You moved in next door to us 37 years ago and have been the best friend, neighbor anyone could have. You treated our children like they were your grandchildren with that big heart of yours. John and I will love you forever. Take care of our Shawn and we will see you again someday.
Comment Share
Share via:
BH

Posted Aug 29, 2020 at 08:45am
Our deepest condolences. We will miss Dorothy very much. With love, Lina and Harry Clemson

Flowers were purchased for the family of Dorothy Childs. Send Flowers 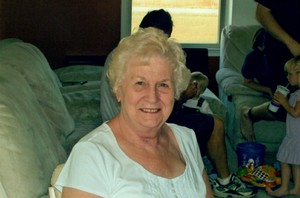