To share your memory on the wall of Donna Musselman Ritter, sign in using one of the following options:

Print
On Saturday, August 22, 2020, Donna Lou Musselman Ritter passed away on her own terms; with grace, peace and her “lipstick on.” Donna was a fiercely determined lady of whom it has been said her persistence could grind down an iron beam into a ne... Read More
On Saturday, August 22, 2020, Donna Lou Musselman Ritter passed away on her own terms; with grace, peace and her “lipstick on.” Donna was a fiercely determined lady of whom it has been said her persistence could grind down an iron beam into a needle. It was that persistence and determination regarding her treatment for ovarian cancer that resulted in her exceeding all expectations of life expectancy after diagnosis.
Donna Lou Dempsey was born on September 22, 1948 in Louisville, KY to Harry Luther Dempsey, a naval officer and L Lorena Ward, a strong woman of faith. As a result, Donna loved anything to do with the sea, the Navy and sharing her Christian faith with so many throughout her life. For the past six years, Donna was the leader of a prayer group called the Prayer Warriors and began each day sending a message of inspiration to this group. She was lovingly referred to as The Rock.
Donna was the eldest sister of surviving siblings Perry Dempsey, Daniel Dempsey (daughter Ashley), Kim Dempsey Jackey (husband Wes, daughter Kristina, and son Kyle), and Lori Dempsey Wilson (husband Kevin, daughter Kelsey, and son Nathan (deceased). She graduated from high school in New Orleans and from Baylor University in 1970 with an English and history degree. She married Robert Phillip Musselman, a 1972 graduate of the Naval Academy and settled in Pittsburgh, PA with their newborn son Ian Phillip Musselman shortly after.
Donna had a winning personality and a godly character. With these two impressive traits, she started a wholly owned, successful travel services business that served many of the country’s largest corporations. In this role, Donna traveled around the world ensuring outstanding customer service and satisfaction for her many clients.
In 1990 Donna’s greatest and most fulfilling journey took her and Ian to New Jersey when she married Martin L. Ritter. Together they built the foundation for a family that extends beyond birth certificates and bloodlines from their homes in Martha’s Vineyard to Aiken, South Carolina and ultimately to Annapolis, Maryland. Donna was determined to live to celebrate her 30th anniversary of marriage to Martin on February 14, 2020. The event was planned in meticulous detail by Donna. For weeks before the anniversary, she was as excited as she was on the day she and Martin married. Martin and Donna built an “oasis of nurture and nature” at their home in Annapolis. Ian and his wife Meghan were frequent visitors with their growing family of sons Declan and Conor and daughter Maggie along with visits from daughter Emmy West Ritter, husband Ron, son Harry, and daughter Johanna; all of Portland, Oregon.
Along with family, Donna and Martin opened their home to many friends far and wide, effortlessly hosting dinners and celebrating events always with the panache that Donna was known for. Donna was active with her fellow “sisters and brothers” in the U.S. Naval Academy Choir and her “sister friends” in multiple philanthropic and thought provoking organizations throughout the Annapolis and Washington, DC areas. For the past three years, Donna served on the Board of the Capital Speakers Club, an organization of over 500 professional ladies. For the past many years, Donna and Martin sponsored Midshipmen at the Naval Academy, supporting these young men and women as they prepare for service on behalf of others around the world. It was not uncommon to find a dozen or so of “her Mids” at Mama Donna’s home on a weekend night of leave from the Naval Academy. There was no better mentor than Donna Musselman Ritter, who spent hours with any Mid that sought her wise counsel.
Her life’s journey was to encourage those that may not have believed in themselves, to stand next to those that were leaning, and to catch those that may have fallen. While we have lost our dear Mama Donna she did not fall, she does not lean, but continues to stand strong, with the same grace and dignity that she led her life and showed the pathway for hundreds of others to follow. As she recently shared with her prayer group and other sister friends, “All is well with my soul and I have peace like a river.” Donna’s life’s theme was never underestimate the power of dreams, the grace of God and the influence of the human spirit. Her human spirit will live on forever in all the lives she touched.
A memorial service for Donna will be held at the Naval Academy once the Chapel reopens. In lieu of flowers, donations may be made to the U.S. Naval Academy Foundation, 291 Wood Road, Beach Hall, Annapolis, MD 21402. Include on the memo line: #93721000 – Protestant Chapel Chorale/Donna Ritter
Online condolences may be offered at using the Memory Wall tab above.
Read Less

Receive notifications about information and event scheduling for Donna

We encourage you to share your most beloved memories of Donna here, so that the family and other loved ones can always see it. You can upload cherished photographs, or share your favorite stories, and can even comment on those shared by others.

All of your friends at ACG, Aunt Gwen, Bill, Marlene &Buddy, Leslie & Scott, and other have sent flowers to the family of Donna Lou Musselman Ritter.
Show you care by sending flowers

All of your friends at ACG

All of your friends at ACG purchased the Dreams from the Heart Bouquet for the family of Donna Musselman Ritter. Send Flowers

Posted Aug 28, 2020 at 08:13am
Please accept our most heartfelt sympathies for your loss... Our thoughts are with you and your family during this difficult time.

ML and Greg Sharp purchased flowers and planted a memorial tree for the family of Donna Musselman Ritter. Send Flowers

Posted Aug 27, 2020 at 10:44am
Donna always did have her “lipstick on”. It’s almost as if that was the last piece of her battle armor she put on every day! It didn’t take long for her to become my “Aunt” Donna. She was my mother’s best friend for nearly 53 years. She took my family under her wing and nurtured us as if we were connected by blood. Her love for my mother was unmistakable and unwavering. I was always amazed at just how long they could both talk on the phone! While my family created many memories with Donna and her family perhaps the memory that sticks out to me the most is her love of life and those that were special to her. She was certainly very special to me! Donna will be greatly missed but her spirit will most certainly shine through to us all. Photo is of Donna and my family in 2009 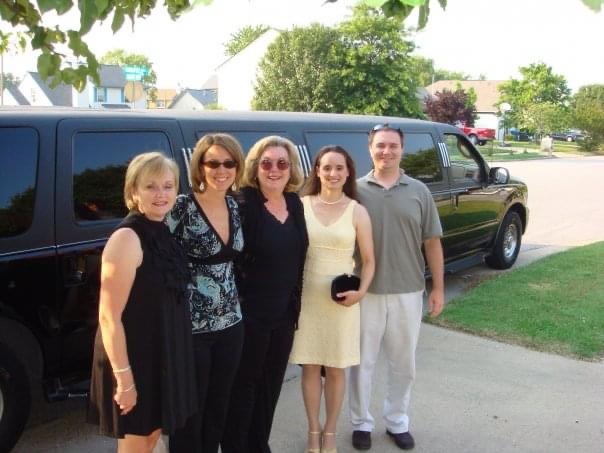 Posted Aug 27, 2020 at 10:32am
I know she loved pink! :) We are thinking of you and Ian during this difficult time. We send you thoughts of comfort and peace.

Flowers were purchased for the family of Donna Musselman Ritter. Send Flowers 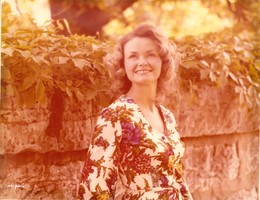 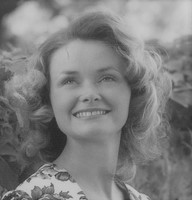 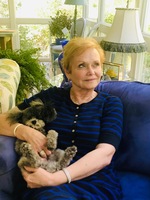 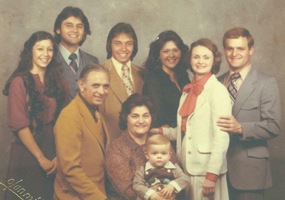