To share your memory on the wall of Donald Covington, sign in using one of the following options:

Provide comfort for the family of Donald Covington with a meaningful gesture of sympathy.

The Covington family wishes to thank the nurses and staff at Anne Arundel Medical Center for the compassionate care given to Don in his final days. We are deeply grateful.

All services will be private. In lieu of flowers, donations may be made in Don’s memory to the Salvation Army.

We encourage you to share your most beloved memories of Donald here, so that the family and other loved ones can always see it. You can upload cherished photographs, or share your favorite stories, and can even comment on those shared by others.

Posted Nov 20, 2019 at 06:21pm
Don was a wonderful man and wonderful boss. He will be greatly missed by all that knew him & loved him.
Comment Share
Share via: 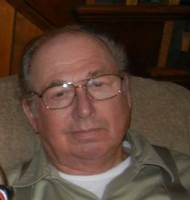