To share your memory on the wall of Claude Shiflet, sign in using one of the following options:

Provide comfort for the family of Claude Shiflet with a meaningful gesture of sympathy.

Receive notifications about information and event scheduling for Claude

We encourage you to share your most beloved memories of Claude here, so that the family and other loved ones can always see it. You can upload cherished photographs, or share your favorite stories, and can even comment on those shared by others.

Dr. Robert B. Taylor and David and Keily Levy have sent flowers to the family of Claude J. "Jack" Shiflet Jr..
Show you care by sending flowers

Posted May 18, 2019 at 12:29am
Deepest sympathy to your family on your loss. My husband and I spoke to Dr. Shiflet on numerous occasions at the pizza eatery at the Annapolis Mall. We enjoyed talking to him and I especially listening to his stories of his younger life. I found him to be a remarkable and accomplished person. He spoke several times of his wife who had predeceased him. For the past several months we had missed seeing him and now know the reason.
Comment Share
Share via:
HS

Posted May 15, 2019 at 10:18pm
Dear Dennis and Claudia, our sympathy for your family. Your dad had a full and long life, may he rest in graceful, eternal peace.

Posted May 15, 2019 at 07:18pm
Wishing you peace to bring comfort, courage to face the days ahead, and loving memories to forever hold in your hearts.

Posted May 15, 2019 at 05:20pm
Your dad had a wonderful life and will be missed. Sincerely Bob and Suzanne Taylor 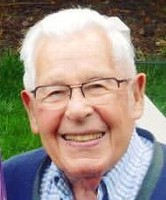