To share your memory on the wall of Christine Johnson, sign in using one of the following options:

Receive notifications about information and event scheduling for Christine

We encourage you to share your most beloved memories of Christine here, so that the family and other loved ones can always see it. You can upload cherished photographs, or share your favorite stories, and can even comment on those shared by others.

Jonna Mendez, Heidi, Bridget, Andrew, and Charlotte Dubin, and other have sent flowers to the family of Christine A. Johnson.
Show you care by sending flowers

Posted Jan 06, 2020 at 06:20pm
In loving memory of our special friend. May this tree flourish like the one Christine and Gerry sent to us. God has a new angel by His side.

Posted Jan 05, 2020 at 05:34pm
In loving memory of our friend Christine, who will live on in our thoughts all the days of our lives.

Posted Jan 05, 2020 at 05:16pm
Christine was a truly remarkable person with a personality that filled the room whenever she entered. She was kind, caring, and compassionate. She embraced my entire family, sending frequent encouragement to my son Steven as he faced serious health issues with a determination that inspired and motivated her own health battle. She was a treasured member of our Tysons Lunch Group, and all of us who knew her will sorely miss her.
Comment Share
Share via:
JM

Posted Jan 05, 2020 at 02:27pm
In loving memory of Christine Johnson from Jonna Mendez and The Mendez Family. We will never forget you...

Posted Jan 05, 2020 at 01:35pm
I am one of the golden girls who met Christine after one of her several retirements; as several others have spoken of her very generous generosities, I to am a beneficiary. Christine often ate lunch with us on base, she often brought a trinket for each of us. We had a difficult time getting her to accept something from us. For each of our birthday's, she liked to get there early and decorate the table with something special for each of us. Christine will be missed for her kind and generous spirit. May she rest in peace; I pray God's Blessing for Her.
Comment Share
Share via: 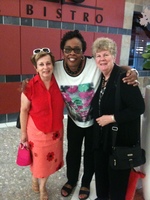 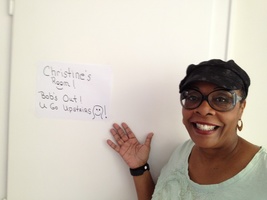 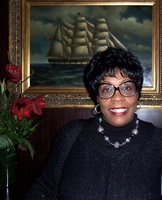