To share your memory on the wall of Charles Parker, sign in using one of the following options:

Provide comfort for the family of Charles Parker with a meaningful gesture of sympathy.

Born on August 6, 1942, in Washington, DC to the late David and ... Read More
Charles "Charlie" Parker, 76, a resident of Henderson, MD for four years and previously of Hurlock, MD, died on Sunday, March 10 at Bridgepoint Hospital in Washington, DC.

Born on August 6, 1942, in Washington, DC to the late David and Evelyn Parker, Charlie was a truck driver for many years, most recently with Hometown Landscaping. He was a member of the Disabled American Veterans and the Riverdale Heights Volunteer Fire Department.

He was preceded in death by his siblings, Patricia, Clyde, and Harold.

Charlie is survived by his siblings, Mary Anne Milton of Henderson, MD and David Bert Parker of Annapolis, MD.

A memorial service will be held at a later date. In lieu of flowers, a GoFund Me account has been created to raise the money for funeral expenses (https://www.gofundme.com/charles-039charlie039-parker-funeral-expenses?teamInvite=k0B11V5LOdo1LkOAkalZvlmKTXdLXXAaXUs4aYjWjAJIAqv46cBCCviWW9qZ73YS).

Condolences may be made by accessing the memory wall on this page.
Read Less

We encourage you to share your most beloved memories of Charles here, so that the family and other loved ones can always see it. You can upload cherished photographs, or share your favorite stories, and can even comment on those shared by others. 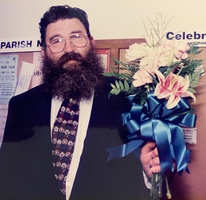