To share your memory on the wall of Carrie Pulley, sign in using one of the following options:

Provide comfort for the family of Carrie Pulley with a meaningful gesture of sympathy.

During her lifetime, Carrie became a licensed real estate agent in the state of Maryland. She was a member of the Coast Guard Auxiliary and enjoyed boating, crabbing and fishing. Carrie was also a member of the Eastern Star, Miriam Chapter No. 4. She and three of her sisters were members of the Virginia State Society. She was very close with her sisters and shared a unique relationship with each one of them. The book “Sister Friends” by Michelle V. Agins and Julia Chance detailed their monthly gathering that was established as a tradition known as Sisters Day – Ross Family Style. The Ross Girls as they were known spent many hours eating, laughing, gossiping and reminiscing. As quoted by Carrie in the book “After we lost three sisters and four brothers, we decided to do this to stay close.”

Carrie was a long-time member of the Hillcrest Baptist Church where she sang in the choir. She was a member of the Senior Group and developed lasting friendships throughout the church. She attended faithfully until her illness.

Carrie loved to cook and bake. The family enjoyed her cooking and looked forward to the caramel cakes she made for family gatherings.


A graveside service will held on Tuesday, December 10, 2019 at 2 p.m. at Arlington National Cemetery. Please arrive at the Administration Building at 1:15 p.m. with one's own transportation.
Read Less

Receive notifications about information and event scheduling for Carrie

We encourage you to share your most beloved memories of Carrie here, so that the family and other loved ones can always see it. You can upload cherished photographs, or share your favorite stories, and can even comment on those shared by others.

Love, Joanell, The mcmahon&Dion family, and others have sent flowers to the family of Carrie H. Pulley.
Show you care by sending flowers

Posted Oct 18, 2019 at 04:54am
Aunt Carrie was wonderful warm and had a strong maternal presence. I remember she would come from VA to NJ to visit her brother Preston “ Bones” Ross, my grand father and her nephew Valentino, my father We are saddened to know she has transitioned from us but happy to know she is with God. Our deepest condolences to the her family. Love Robert, Jacqueline, Jerel, Jayla and Janell Ross.
Comment Share
Share via:
LJ

Posted Oct 10, 2019 at 08:06pm
To the Family, My thoughts and prayers are with everyone during this difficult time. I pray your strength. With loving memories.

Jimmy Cluck and the Dade Family

Jimmy Cluck and the Dade Family purchased flowers for the family of Carrie Pulley. Send Flowers

Sweet Sincerity was purchased for the family of Carrie Pulley. Send Flowers 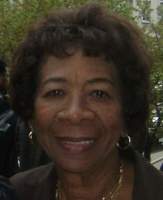 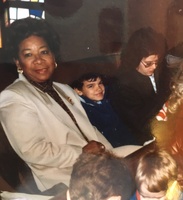 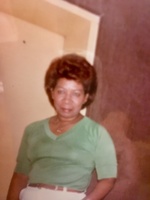