To share your memory on the wall of Brent Thorne, sign in using one of the following options:

Provide comfort for the family of Brent Thorne with a meaningful gesture of sympathy.

Brent is survived by his loving wife of 49 years, Penny Woodal Thorne; his son and daughter-in-law, Brandon and Allison Thorne of Midlothian, VA and their children, Brogan, Cole and Declan; his daughter and son-in-law, Amy Thorne Richardson and Kevin Richardson of Davidsonville, MD and their children Kyle, Luke and Beau; a brother and sister-in-law, Donald and Ann Thorne of Roanoke, VA; and his nephew and wife, William and Carol Thorne of Salem, VA.

Friends are invited to celebrate Brent’s life with his family on Saturday, February 15 from 9:30 a.m. until his service begins at 12:00 p.m. at the Kalas Funeral Home & Crematory, 2973 Solomons Island Road, Edgewater. Interment at Oakwood Cemetery, Falls Church, VA. In lieu of flowers, donations may be made to the American Heart Association or American Diabetes Association.

On line condolences may be offered using the Memory Wall link at the top of this page.

We encourage you to share your most beloved memories of Brent here, so that the family and other loved ones can always see it. You can upload cherished photographs, or share your favorite stories, and can even comment on those shared by others.

Posted Feb 15, 2020 at 12:49pm
Dave and I were so sorry to hear of Brent's passing. We haven't seen y'all in many years, but remember him and you fondly. I well remember teaching those kids to swim one summer. May God keep Brent and you in His loving care and send His comforting spirit upon all who mourn.
Comment Share
Share via:
WG

Posted Feb 13, 2020 at 09:02pm
Longtime friends are the best friends, and it is hard to lose them. Our friendship with Brent and Penny goes back to college days at Randolph Macon. We send our sincerest condolences to Penny and family. We are so sorry for your loss.
Warren and Doris Goodlett
Comment Share
Share via:
JS

Posted Feb 12, 2020 at 05:40pm
Dear Penny, Amy and Brandon,
We certainly go way back when the kids were small and Brent was the manager of Bailey, Banks and Biddle at Montgomery Mall in Bethesda, MD. I think it was in the 70's. He hired me as a cashier and I worked hours when my girls were in school. He taught me a lot about the jewelry business and I was his "gold buyer" by the time I left BB&B. I became friends with the whole family and have fond memories of those years. Now the children are all grown with kids of their own, and we are "seniors." I am truly sorry for to hear of Brent's passing...he was a kind and gentle man who loved his family very much. Joy
Comment Share
Share via:
DA

Posted Feb 11, 2020 at 11:12pm
Dear Penny Amy and Brandon,
Where do we begin! We will always cherish our special fun times we shared at Thanksgkving ,New Years Eve Ringing the Bell! Always remember the 4 of us couldn't pass a Dairy Queen! Brent always just had that kind caring fun way .We were so blessed to have him in our lives.Our thoughts and prayers are with you all! Love and prayers Kenny and Donna
Comment Share
Share via:
B

Posted Feb 11, 2020 at 10:32pm
Oh, Penny. I hope you know how much my thoughts are with you. Brent was a special person and I was lucky to know him. If it were possible for his friends and family to hear his humorous commentary at his own funeral, everyone would be in tears of laughter. That is how I will remember your sweet funny husband. 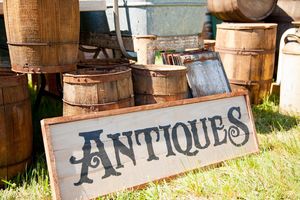