To share your memory on the wall of Bernard White, sign in using one of the following options:

Receive notifications about information and event scheduling for Bernard

We encourage you to share your most beloved memories of Bernard here, so that the family and other loved ones can always see it. You can upload cherished photographs, or share your favorite stories, and can even comment on those shared by others.

Mary Yencho, Angela Paul, and other have sent flowers to the family of Bernard Aloysius White.
Show you care by sending flowers

Posted Aug 05, 2020 at 08:47pm
I see your face everyday, I hear your voice everyday, I miss you everyday, there is a whole in my heart everyday. I love you so much dad.
Comment Share
Share via:
MY

Posted Jul 21, 2020 at 03:15pm
Dear Nancy, Sue, Jenny, Bernie and family, Our prayers are with you! God bless you!Love Daniel and Terry Yencho

Posted Jul 20, 2020 at 06:35pm
You were always so friendly and nice. It was always a pleasure when we were able to spend time with you at family gatherings. We are just grateful that we had someone like you in our life. We will surely miss you. —Stephen, Susie & Michael Perozziello
Comment Share
Share via:
AP

Posted Jul 20, 2020 at 01:07pm
The loss is immeasurable, but so is the love and memories left behind, with deepest sympathy

Flowers were purchased for the family of Bernard White. Send Flowers 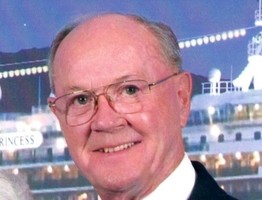