To share your memory on the wall of Arthur Smith, sign in using one of the following options:

Provide comfort for the family of Arthur Smith with a meaningful gesture of sympathy.

Artie was born in Huntington, NY August 5, 1938, to Arthur and Hazel Smith Sr. Growing up on Long Island he and his family would spend time on the local waterways fishing, clamming and scalloping.

Artie graduated from Huntington High School and went on to Parks College of Aeronautical Technology at Saint Louis University where he earned his bachelor’s degree in Meteorology. He was a member of the Alpha Eta Rho – a professional aviation fraternity.
After 28 years of service, he was honorably discharged as a Lieutenant Colonel from the Air National Guard. During his service, he earned The Maryland Distinguished Service Cross.

After college, Artie met his wife Eileen, and they moved to Maryland where he started his career position at NOAA - National Weather Service

Together, Artie and Eileen raised their daughters in Davidsonville, MD and saw them through college and off to their own lives. Retirement found Artie out on the waters of the Chesapeake Bay sailing, fishing and oystering. He enjoyed his winters in Florida playing golf.

Artie is survived by his daughters Susan and Sally, grandchildren David, Andrew, Kelly and Jeffrey, and great-granddaughter Katherine.

Memorial contributions may be made to the Wounded Warrior Project. P.O.Box 758516, Topeka, Kansas 66675-8516. A memorial service will be held at a later date.
Arrangements have been through Kalas Funeral Home, Edgewater, MD.

Receive notifications about information and event scheduling for Arthur

We encourage you to share your most beloved memories of Arthur here, so that the family and other loved ones can always see it. You can upload cherished photographs, or share your favorite stories, and can even comment on those shared by others. 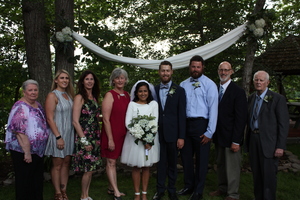 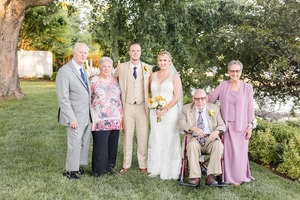 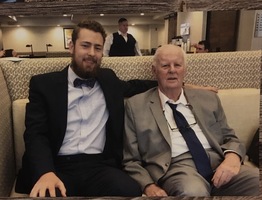