To share your memory on the wall of Arthur King, sign in using one of the following options:

He served in the U.S. Army Signal Corps during World War II and fought in the battles to liberate Italy including Arno, North Appennines and Po Valley. After obtaining a degree in accounting, Art worked at the IRS and then as an Audit Analyst for the Naval Material Command at the U.S., Department of the Navy, retiring in 1986 after 38 years of service. He was a parishioner at the Eastport United Methodist Church, serving as Treasurer and in various committee positions. Art held memberships in several veteran and community organizations. He was a life member of the American Legion, VFW, DAV and Naval Lodge No. 4 FAAM. He was an affiliated member of Annapolis Lodge No. 89 FAAM. He was also a member of Moose Lodge #269, BPOE #622, Davidsonville Area Civic Association (DACA) and was a volunteer for the Heritage Harbor Caring Network. He enjoyed traveling to Ireland, attending sporting events, and was an avid reader of military history.

In addition to his parents, Art was preceded in death by his loving wife of 66 years, Annabelle who died only 17 days earlier than Art; two brothers, Harold Wesley King, Sr. of Fort Washington and Earl E.(Gene) King, of Eagle Rock, VA. He is survived by his sister, Shirley Ruth Koetting, of Ellisville, MO, his two daughters, Erin Hollamon (husband Vassie) and Maureen Dickerson, both of Davidsonville; eight grandchildren, Vassie Tad, Hannah (husband Daniel Rodriguez), Kathryn, Rebecca, and Charles Hollamon, Kristen, Carly, and Ian Dickerson; and two great-grandsons, Trent Fischer and Torin Henry Jacobs. He will also be missed by many nieces and nephews who fondly referred to him as "Uncle Red".

Friends are invited to celebrate Art's life at the Kalas Funeral Home and Crematory, 2973 Solomons Island Rd., Edgewater, MD on Monday, July 6, 2020 from 10 am until his service begins at 11 am. A private interment will be held at the Maryland Veterans Cemetery in Crownsville. Memorial contributions may be made in Art's name to Hospice of the Chesapeake, 90 Ritchie Highway, Pasadena, MD 21122 or Eastport United Methodist Church, 926 Bay Ridge Ave., Annapolis, MD 21403.

Receive notifications about information and event scheduling for Arthur

We encourage you to share your most beloved memories of Arthur here, so that the family and other loved ones can always see it. You can upload cherished photographs, or share your favorite stories, and can even comment on those shared by others.

Jane, Terry and Paul King and Ray and Tiffany Snedegar and family sent flowers to the family of Arthur Jay "Art" King.
Show you care by sending flowers

Posted Jul 03, 2020 at 07:34am
To : Maureen (Chief) Dickerson and family. Sending my deepest sympathy for the loss of your beloved father. Much love, Anne and Mike Spence

With the exception of knowing that you mother and dad are once again together, I cannot imaging what your hearts are feeling at time like this. Throughout the years each of you have remained memorable to me and after reading your parents brief stories it is obvious to me that those memories were forged in part by each of your parents. I wish you peace as you navigate the next few weeks and comfort in the years to come. Shannon Mack SRHS "82"
Comment Share
Share via:
JK

Posted Jul 02, 2020 at 12:38pm
Dads and Moms are SO special in so many ways. When we lose them it is one of the hardest things we experience in life. Our thoughts are with you.

Posted Jul 02, 2020 at 08:50am
Art and Annabelle were my neighbors on Shadewater Way for the past 14 years. They were wonderful friends. I worked at Navy with Art's Uncle Herb. My husband's family lived in the same section of northeast Washington as the Kings. The two families knew each other, so that was a topic of conversation I had with Art over the years. My main memory of Art and Annabelle will be that they cared about their neighbors and the place where they lived. They quietly volunteered and served this community. We will miss them. Betty Gosnell
Comment Share
Share via:
JS

Posted Jul 01, 2020 at 09:03pm
Your Mother and Father will always be remembered as loving, gentle and kind individuals with a sense of humor. Whenever I attended church, I would look for them in the back pew, and we would greet one another with a smile, hug and kiss. You girls are also in my memory as you grew from to two pretty little girls to lovely women. Your parents were blessed with one another for many years, and with you and your families. With sincere sympathy, Jean Strucko
Comment Share
Share via: 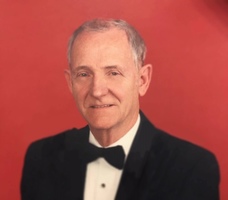 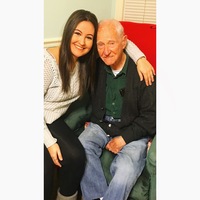 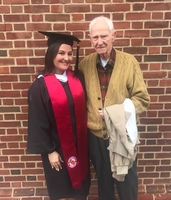 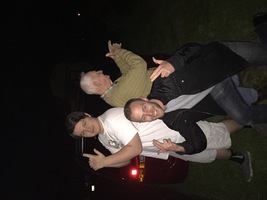