To share your memory on the wall of Alisa Scible, sign in using one of the following options:

Provide comfort for the family of Alisa Scible with a meaningful gesture of sympathy.

Receive notifications about information and event scheduling for Alisa

We encourage you to share your most beloved memories of Alisa here, so that the family and other loved ones can always see it. You can upload cherished photographs, or share your favorite stories, and can even comment on those shared by others.

Posted May 25, 2020 at 01:21pm
I didn’t know Alisa in Naples. I just met her when we started getting together in small groups at first then the groups got larger, consisting of wonderful, beautiful women who attended FSHS @ one time or another. Alisa was so accepting of everyone. I felt like I knew her all my life. She always went above and beyond to make our yearly event an unforgettable time and that’s what she always did! The Queen is what she was to us all. There will be no other, for she will eternally be the Queen of the Uber Sluber in our hearts and beyond the clouds with our Lord!! RIP Alisa, we miss you! ❤️
Comment Share
Share via:
DD

Posted May 25, 2020 at 11:34am
Very sorry for your loss. She was a great friend and always fun to be around God bless
Comment Share
Share via: 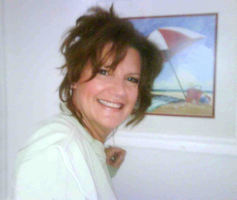