To share your memory on the wall of Alejandro Bravo, Jr., sign in using one of the following options:

Provide comfort for the family of Alejandro Bravo, Jr. with a meaningful gesture of sympathy.

Andy served in various Shore & Sea duty assignments for 20 years. He was assigned to various locations around the world including the Mediterranean Sea, Cuba, and Vietnam. While stationed at the Naval Air Facility in Washington, D.C., Andy was commended for his accomplishments including winning the title “Sailor/Marine of the Month”. He was selected by the Board of Senior Navy & Marine Corps Non-Commissioned Officers who judged Andy’s behavior, military appearance, professional ability, and leadership.
After his retirement from the U.S. Navy, Andy enrolled at the University of Maryland, College Park, where he received his Bachelor’s Degree in Electronics Engineering. After graduation, he worked at the Naval Surface Warfare as an electronics engineer.

Andy belonged to many local organizations including VFW Post # 5471, where he eventually held the title of Quartermaster for 13 years. He was awarded several certificates from the VFW for his outstanding performance in volunteering services promoting the aims and ideals of the VFW. Likewise, his dedication and outstanding performance with the Fleet Reserve Association was equally commendable, most specially during his 2-year term as President of FRA Branch 4.

We encourage you to share your most beloved memories of Alejandro here, so that the family and other loved ones can always see it. You can upload cherished photographs, or share your favorite stories, and can even comment on those shared by others. 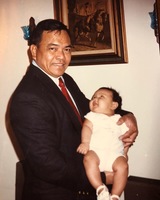 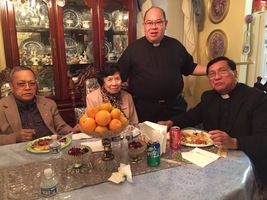 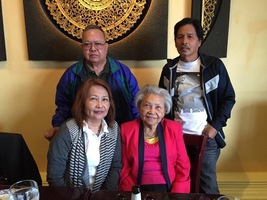