To share your memory on the wall of Alecia King, sign in using one of the following options:

Alecia was raised and educated in Washington D.C. before moving to Prince George’s County, Maryland where she started her twenty year career as an Insurance Agent working for Gebco Insurance and Roadway Insurance. Alecia was a remarkable Mother to her three daughters and a phenomenal Grandmother to her nine grandchildren and two great-grandchildren, Spending time with them was her passion and delight. She touched people wherever she went and was known for her sweet, soft, and gentle voice and her outgoing, loving personality and was so easily loved by all who knew her.
Shortly before her passing she was so overjoyed by her first trip to Ocean City that she made plans to return for her birthday. She was so pleased by the little things in life as long as it involved her spending quality time with her family.

Friends are invited to celebrate Alecia's life on Saturday July 20, 2019 from 11:00 am until her service begins at 11:30 am at the Kalas Funeral Home and Crematory, 2973 Solomons Island, Edgewater. A repast will follow from 1 to 3 pm at the American Legion, 1707 Forest Drive, Annapolis. On line condolences may be given by using the memorial tab on this page.
Read Less

Receive notifications about information and event scheduling for Alecia

We encourage you to share your most beloved memories of Alecia here, so that the family and other loved ones can always see it. You can upload cherished photographs, or share your favorite stories, and can even comment on those shared by others.

Posted Jul 18, 2019 at 06:51pm
We are thinking of you during this difficult time and our hearts reach out to the entire family with deepest sympathy.

Posted Jul 17, 2019 at 10:36am
Thank You Lis' for being one of the most gentle souls we have ever known. It saddens us that you are gone but we are happy that you are no longer in pain. We love you. 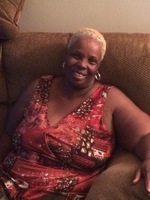